Imagine a scenario, you have to spend your days at a place where the temperature is below zero. You not only have to live there but also have to perform some very difficult tasks.

By end of the day, when you will be tired, you need a warm place to rest, but because of lack of electricity, you cannot have it. This is the daily life of our jawans at places like Ladakh and Siachen. They had to stand still when the outside temperature is below -20 degrees.

But not anymore, Mr. Sonam Wangchuk has invented the solar-heated tent, especially for the Indian Military. Let’s understand the working principle behind this solar tent and how it is helping our jawans.

One tent can accommodate 10 people. The total weight of one tent is just 30 Kg and it’s portable.

No component of the tent weighs more than 30 kg which makes it easily portable. The tent can be disassembled into 30 to 40 components. That version will be more expensive than the current prototype. It has been designed keeping in mind the requirements of the Army,” Mr. Wangchuk said.

The sun rays enter the tent from the south direction. the tent has a special chamber made up of polycarbonate which does not allow the rays to go out. The entire tent is insulated so that heat does not leave the tent. 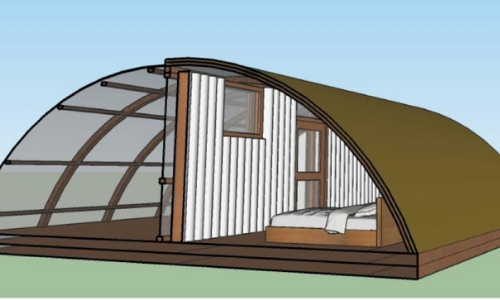 The tent also has a wind-cheater covering which does not let the cold wind affect the inner temperature.

This tent has helped the Indian army to reduce their dependence on fuels like kerosine and further reduced CO2 emissions.

For the daytime, a special solar lounge is designed in the tent where the army personals can have a sitting arrangement and enjoy the sun.

Mr. Wangchuk is working with his team to lower the weight of the tent. The second version of the tent will be made of superlight Aluminum material.

An interesting fact about the inventor of the solar tent is that Mr. Sonam Wangchuk is the inspiration behind the character Phunsuk Wangdu played by Amir Khan in the Bollywood movie Three Idiots, 2009

Mr. Wangchuk is famous for his environment-friendly innovations like ice-stupa which is a smaller artificial glacier.

Significance of the Solar Heated Tent:

If you liked this information or you want to give any kind of suggestion, then you can comment below in the comment box. Stay connected for important information with Ornate Solar.